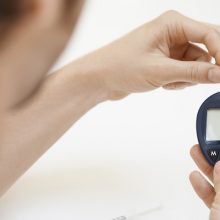 Hearing that you have diabetes is likely frightening. You might not know where to start this new life, and you might not know what you need to do or where to go. You might even be afraid to eat. Take a deep breath. If you just have a little patience, this article can help you to understand a little more about your disease and what you must do to deal well with it.

1. Talk to your doctor about your disease. Diabetes is not something you can have a five minute talk about. You really need to sit down with your doctor and talk about what diabetes means, what it means for you specifically and what kind of things you are going to have to do in order to manage this disease. The truth is that everyone with diabetes doesn’t have the exact same disease. Everyone has slightly different needs, so you definitely need to your doctor.

2. Learn as much as you can on your own. Your doctor is not the person with diabetes, you are. That’s why you cannot let one person define diabetes for you. You need to go online and discover the disease for yourself. Your doctor can give you the blueprint, but you really need to read as much as you can about your own disease and really flesh it out in your brain. When you really understand what “blood glucose levels” are measuring, and how you keep that under control, you are going to be able to make the kinds of choices you can be proud about, in order to handle your disease.

3. Talk to other diabetics. No one knows quite what you’re going through the way another diabetic does. Even though everyone might not experience the same thing, other diabetics can offer you opinions, suggestions and just a shoulder when you need one. If you don’t feel comfortable going to a support group, there are also online forums where you can post in your pajamas.

4. Figure out what you are going to eat, either with the help of a dietician or on your own. A dietician can provide you with meal plans and a very specific framework to stay within. However, you know what you will eat, and you know what you are able to afford. If you do it on your own, make sure that you think you can do it successfully. Go out and make sure that you cut down on carbs in your meals. Monitor your blood sugar readings to make sure you are on the right track, and that you might be able to eat more than you thought you could.

Understanding diabetes is the first step to realizing that you don’t need to worry about your life. This is something that many people need to deal with, and you can as well. The important thing to remember is that you are in control, and that your life can be good, even with diabetes. Use the tips above to learn more about your disease, so you can conquer it. 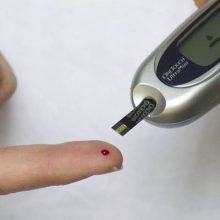 Control Your Diabetes Through Diet 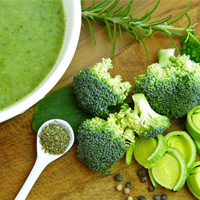 If you want to manage your diabetes properly, you have to adjust your diet so that your glucose level is at a consistent level. This is not difficult to do if you know the right foods to eat and if you stick to regular eating schedule. By just planning ahead, these adjustments do not have to interfere with your way of life. This article will provide you with some tips on how you can easily manage your diabetes through good diet and healthy living habits.

Whenever you eat, your blood sugar level alters. The bigger the meal, the more your glucose level will fluctuate. This fluctuation can cause you symptoms like headaches and just an overall feeling of malaise. To minimize that from happening, consider eating five to six smaller meals instead of your typical three larger meals a day. When you eat smaller meals on a more frequent basis, you level out the sugar content in your blood stream and avoid that big surge and dip. Take some healthy snacks with you, like fruits and nuts, which can make a small meal in itself.

In fact, nuts are a good source of protein and healthy fats that do a good job in satisfying your appetite. Walnuts contain other anti-oxidants that are good for your healthy overall. Nuts are full of nutrients and should be incorporated as part of your regular diet.

When shopping for groceries, make sure that you read the ingredients on the labels. Do not just go by what the front of the box says. There could be hidden sugars, salts, and other ingredients that are not entirely healthy for you. Learn what some of the other names are for sugars, like high-fructose corn syrup, dextrose and maltodextrin.

Try to maintain a consistent caloric intake everyday. Avoid starving yourself one day and bingeing on another. This will just cause your blood sugar to go to extremes. Avoid skipping any meals because it will create a big imbalance in your glucose level.

If you are overweight, you should work on shedding some of that excess weight. One way to do that is by eating more slowly so that you will feel full faster. Eating slowly gives your food a chance to go down to your stomach and start digestion. Savor each bite of food and think about what you are chewing. Drink lots of water along with your meal to fill up your stomach. If you do this, you will naturally eat less without feeling hungry.

Look for meal ideas from numerous cookbooks with recipes specially created for diabetics. You can find many healthy and delicious ideas that are good for you and pleasing to your palate. Look on the web or browse the cookbook section in your favorite book store.

When you get a handle on your eating habits, you will find that managing your diabetes is not that hard. You do not have to alter your life in any drastic way. Just watch what you eat, and you can live a happy and normal life.