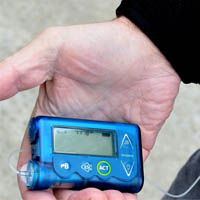 Keeping Your Diabetes Under Control 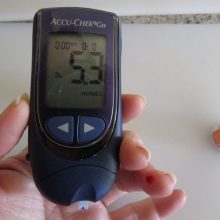 Are you dealing with diabetes? Living with this condition is possible if you do your best to keep it under control. You should go over this article for some useful tips on how to keep your diabetes under control.

The best way to keep your diabetes from getting worse or to cause you to develop another medical condition is to keep your blood sugar under control. If you are overweight, you will have to get in shape. Your blood sugar will not spike as much once you have reached a healthier weight. You also need to meet with your doctor as often as possible to monitor the progression of your diabetes.

Make sure you always have the equipment you need to test your blood sugar. You should find a small bag you can use to carry your monitor, testing strips, insulin and some healthy snacks. Purchase your testing strips and insulin in large quantities if you can; you will save a lot of money if you buy supplies in bulk. Stay up to date with new innovations; you might find a new product you can use to monitor your blood sugar.

Adapt your diet to your condition. You should get rid of any food that contains high amounts of sugar, fat or preservatives. Stay away from processed foods, fast food and sodas. Replace unhealthy foods with fruits, vegetables, legumes, nuts and lean meats. Plan your meals in advance to make sure you get healthy quantities of foods from the five food groups.

Exercising on a regular basis will help you stay in control of your diabetes. Be very careful when exercising; hydrate yourself, check your sugar level before exercising and take breaks if you need to. You should start by doing some very simple exercises. You can get in shape by doing some abs, crunches and push-ups at home. Find a cardio workout you really like but do not exhaust yourself and make sure you always have some healthy snacks with you in case you need to boost your sugar level.

Diabetes increases your chances of developing certain medical conditions, including skin problems, bad circulation, eyesight or hearing loss and even heart conditions. You need to be aware of small changes and keep track of how your sugar level spikes. Get a journal to write down your sugar level and go over your findings to look for patterns. If you notice anything unusual, go see your doctor right away.

Apply these tips to keep your diabetes under control and reduce your risks of developing complications. Ask your doctor for help if these tips do not keep your sugar level from spiking.