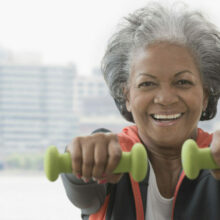 Incentivizing patients to follow a lifestyle modification program helps them improve across a range of diabetes-related health measures, a new meta-analysis has found.

Investigators performed what they said is the first systematic review and meta-analysis to examine the effect of incentives on diabetes-related health indicators when patients participate in lifestyle modification programs.

When incentives were provided, the meta-analysis showed patients experienced a nearly 2 kg greater weight loss and a significant reduction in BMI compared to no incentive, reported the authors, including researchers from the Centers for Disease Control and Prevention.

“This finding has important health implications considering that a large study reported a 16% reduction in diabetes risk for every kilogram of weight lost, and others have shown that weight loss in conjunction with a lifestyle modification program can lower the risk for cardiovascular disease,” they wrote.

Incentives were also shown to be effective for reducing systolic and diastolic blood pressure. Those findings suggest a benefit for programs that seek to help participants achieve ideal blood pressure goals, such as less than 140/90 mm Hg, the authors said. This would be especially helpful for programs associated with chronic disease prevention and management, they added.

Type of incentive did not appear to have an outsized effect on the positive results. “Therefore, it seems reasonable for lifestyle modification programs to use a variety of incentive domain subgroups,” the authors concluded.

Adults aged 65 years and older make up approximately 40% of the adult diabetic population, according to federal data from 2018. In nursing homes, the prevalence of diabetes is estimated to range from 25% to 34%.

The current study was published in the CDC’s journal Preventing Chronic Diseases.