In grade school everyone was taught the food pyramid and the different food groups that make it up. It is recommended for a balanced and healthy diet to vary your diet and follow the food serving suggestions from the pyramid. As adults, people rarely pay as much heed to it if any at all. But once you have been diagnosed with diabetes it is time to take a refresher course on the different food groups.

There is a food pyramid that is available specifically for diabetics known as the Diabetes Food Pyramid. It is divided into six food groups just like the standard version. The way the two pyramids differ is that the diabetic version lists foods together that have the same or similar carbohydrate content instead of the regular version that does it by food groups alone. This lay out makes it easier for diabetics to make food choices based on information that can have a negative impact on blood glucose levels.

Some of the differences you will notice are that cheese is placed in the meat group instead of the dairy group as a protein and the serving size will be equivalent to other proteins in the same group. You will find starchy vegetables such as potatoes and corn in the bread and grains section because they act in a similar manner by raising blood sugars.

Another difference is the actual serving sizes, especially in the bread and grains group. A diabetic has to monitor the carbohydrate intake at each meal and it has been found that smaller portion sizes are a good way to manage this.

You can get a copy of the Diabetic Food Pyramid from your dietician, doctor, or diabetes educator. It is a good reference material to have on hand when you are planning your meals. 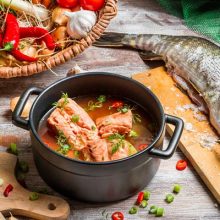 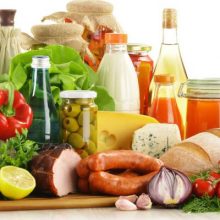 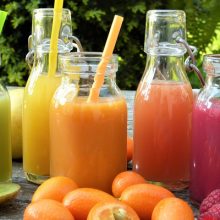